gaming makes so much fun with hotkeys

you should try that sir.

I used a couple like the most important ones.
But I must admit without my mouse and keyboard that has keybinds I can program I have become very lazy.

2571
just learn to use the damn keys on your keyboard. without ALT-shizzle. When u got it then its a lot easier than pressing 2 buttons or any programmed shiz. and it makes you look more pro. LOL

Consider them already gotten. Just tell me where can I talk to you guys again, I went through a lot of crap, that information slipped my mind
also some asshole stole my headset so I'll have to rely on my built-in in case I'll have to call shinenigans on certain abilities that require more than just strength -._-.

we on teamspeak 3 - just google and download
then click on the JOIN THIS SERVER button on the right of this message! 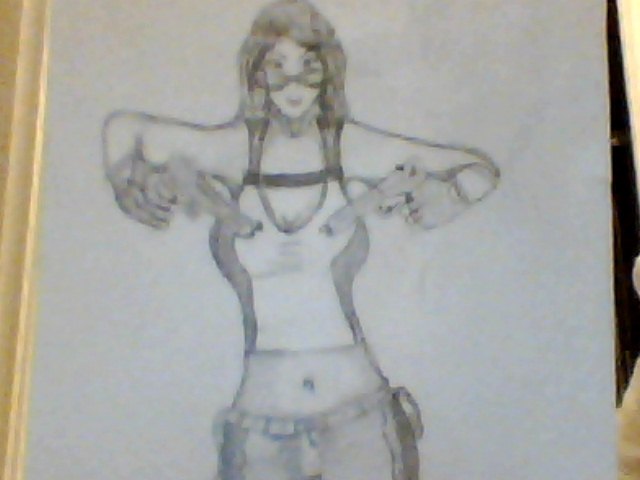 WarriorOfBritain
On your way to the top

thats why there is multiplayer

2586 burglar broke into a home. He heard a soft voice say,"Jesus is watching you".Thinking it was his imagination, he continued...Again,"Jesus is watching you". He turned his flashlight around and saw a parrot in a cage. He asked the parrot if he was the one talking. The parrot said yes. He asked the parrot his name. The parrot said, "Moses."The burglar asked, "What kind of people would name a parrot Moses?" "The same kind of people who would name their pit bull Jesus!"
_________________

bloke is sunbathing with nothing but a hat covering his penis. Two women walk past and one shouts "if you were a gentleman you would lift your hat to a lady!" The bloke replies, "if you weren't so ugly the hat would lift itself!"
2588
_________________

2589
A young man is wandering around a forest at night, obviously lost. He comes upon a small cottage. The owner of the cottage is a small, old chinese man.
The chinese man tells the young guy that he can stay the night, on one condition- he cannot touch the chinese mans daughter. If he does, he'll suffer the 3 chinese torture methods.
The man agrees.
Later, at dinner, the daughter comes down. She is young, beautiful and sexy, but the young man ignores her.
A few hours later, though, he can't resist, and sneaks into her room for a night of passion, then sneaks back into his own room.
When he wakes up there is a rock on his chest, with a note that says 'Chinese torture 1: Boulder on chest.' the young man laughs, gets up and tosses the rock out the window. However, he notices another note saying 'Chinese Torture 2: string on boulder tied around left testicle.' the man is frightened, but figures it's better to break a few bones than to lose a testicle, so he jumps out the window.
As he's falling, he notices a sign.
It says 'Chinese torture 3: right testicle tied to bed post.'
Gotta hurt :(
_________________

Similar topics
» The Count of Monte Cristo: looking for reviewers!
» How many Mybrute Members
» Servis berkala selepas habis waranty 10000km
» Will bacteria count beach Barack Obama?
» Question about Creatures that count as 2+ tribes and "if you only control" mugics