Hey guys this is Killzone and lately i became super-active on the forums again.

You probably all think that i just want to be as gummy, because he already wrote loads of guides about RTW. Well i leanred alot from him and his tactics. This guide is, however, of no intention to copyright Gummy's guide(s) and will focus on the roman faction for most.

One thing you have to know that Rome is THE faction to win games, if you are a 'newbie' then Rome is the faction you want to play. At later stages you can progress to other factions or just perfect your army build/tactics for Rome.

Still with me? Okay lets begin;
Rome has some units that are really unmatched if used right. There are however some factions that have better cav OR better missiles OR beter infantry. Yes that may be true, but in my experience Rome (julii/brutii/scipii/SPQR) has the most balanced force in the game (historically incorrect but anyways). The only faction that maybe matches Rome is Macedon (statisticly ONLY). Alot of players will use different armies and beat up Rome anyways.

Also, everyone says that tactics are the key to winning a build. Okay sure but its quite stupid if you only have 2 units of your own fighting a whole army of, lets say, seleucids, if you understand me. In my opinion army BUILD is about 60-70% of your whole game. This will be the main reason of reading this topic.

At first there are some units you need to know of;
-Urban Cohort; unmatched by ANY foot infantry unit (except Spartans).
-Leg. 1st Cohort; TBH i did some calculation and it showed they are way to expensive (and worse) then the Urbans EVEN with the increased numbers (Although i dont know the effect of morale i think Urbans have a better morale because my lines rarely break).
-Preatorian Cavalry; This is your main weapon on battles between 10-30k denarii. Now you may ask why, well further explanation will be done in a bit.

-Roman archers/Aux archers; These are your sub-main weapon (maybe even your most important units in the early-battle).

So lets say, if you are battling a fight BELOW 20k (wich alot of clans play online)
you ALWAYS take Roman archers, auxilia will be a waste of money. Again I calculated a bit (

) and auxilia are only usefull if you dont want too use too much space in your army and rather want more infantry/cavalry to do the job)
The infantry is more trickier, there isnt a set rule for what to buy, exactly. Only thing i recommend is Urbans, Urbans, Urbans, and more.. Urbans. The thing is, Urbans are your fighting force and can hold ANY battle line, wich, is the key on these kind of battles (below 30k then). All you need to do is Urbans G/G or ATLEAST s/s (no xp upgrades below 20/25k!).

Now the CAVALRY: So the strong Roman(!) infantry is holding the line (all they need to do here) so what about the cavalry? Well, let me put it this way, if you lose your cav, you pretty much lose the battle (even if you win the battle, you just lose your honour

). So the thing to do is let your cavalry kill your enemys cav and then HAMMER your opponent, crush onto his weakest point while his infantry is battling yours!

So if you read this, your army on lets say, a 15k battle should be something like this;

If you do this, the battle should be something like this;
Your roman archers slaughter your opponents archers (if your archers are outnumbered/have worse upgrades your cavalry wil have to be micromanaged alot and then strike the enemy archers[DONT LOSE TO MUCH CAV OR YOU LOSE]). After you (probably) won the archers fight, your opponent will march towards you because he doesn't want to be a 'sitting duck'. Here is where your real advantages lies! Let your archers soften the enemys cav, keep your archers protected, but all they have to do is weaken the enemy cav, otherwise they are useless.
Once this is done, let your micromanagement (you have to learn this, you cant explain how to, really..) do the job and seperate his cav from his main infantry line and CRUSH them ( Divide and Conquer!).

You will probably win this as well (with that army i described previously because its just a huge cav mass really, and your archers did their jobs well [dont rise their pay checks, theyre just doing their job though!]).
At this time you should be battling the enemy infantry; Now let your cav circle the enemy, look for a weak spot.. and CRUSH him from behind!

Congratulations, with a little more experience from battles you fight, you will be the ultimate RTW player. 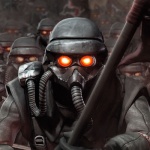 very very nice guide killzone +rep for you.
i will direct any new rome players here.

Thx for that MG, you're a real friend

Thats a good guide you have there.

Although, if you take on Macedon, Greece, sele, or another Rome with just roman archers then you will be in trouble. Macedon and Greece archers would just rape roman archers and you would lose due to them killing your cav. No skilled player will let you hit there archers with a normal preat cav unit. you will only get it killed off by charging with it. If rome takes archer aux then you would lose for the same reason. roman archers are only a bit better then sele archers so you won't be able to make the sele chariots go crazy. You would also lose that battle. A mix of normal and aux is a bit better. some times us pro's like to do 6 roman arch and 2 arch aux. Other times we do 3 of each or 4 of 1 kind and 3 of the other. Always good to keep people guessing if you play them multiple times.

Other then that the only thing that i see is this guide is NOT EVER EVER EVER for 1v1's on 15 or 20k. Not sure if that is what you made it for but i just want to make it clear to everyone as rome on 20k and below is destroyed by almost every faction in the game. Even factions like sythia and germania. Basically chariot factions are auto win against rome on 20k and below in 1v1's. O i almost forgot you have the right idea with attacking the oponents archers with cav but you don't want to use good cav. A single unit of jav cav or some crap unit will rout archer units that are half full. These cav are also faster so it is much harder for the opponent to micro their archers.

Overall i would say its a great guide for people who are still newish to the game and even for rex and gummy?

Thx Nero, but about the archer auxilia if your opponent takes Rome.
Well if they take those , they will spent too much money on archers, wich gives them a disadvantage infantry/cavalry, and just keep your cav safe (mine is mostly upgraded so they wont take alot of dmg anyways) + as i said i calculated and there is no need for archer auxilia below 20k if you play rome.

Yeah but you should listen to nero no offensive he is a lot better then you, so take his advice