If Prophet teleports and as barathrum casted nether strike on him, barathrum would also be teleported

Bone clinkz's searing arrow is not considered an orb effect

Medusa has the lowest HP among all heroes

Lina was from an anime called "The Slayers"

You can use Balanar the Nightstalker's ultimate, Darkness, at night, to extend the duration of night time

Images can benefit from Lord of Avenus' Mark of the Abyss

Double Helix can be triggered on Axe's images

Ursa is a ranged hero with small range

All heroes have a natural magic resistance of 25%

Warpath can be triggered by Bristleback's images

If Axe has illusions they can also deal damage with helix

A chicken can use the skills on such items as Dagon, Hand of Midas and Mekansm, provided they have items which increase their mana pool enough to use them (for example, an Energy Booster, Point Booster or Soul Booster)

Medusa was the name of the Serpent Goddess worshipped by Lybian Amazons, but was later reinvented in Greek mythology, as one of the Gorgons. Her gaze would turn people to stone

Chaos Knight has the highest initial speed at 325

You can actually destroy rune by attacking it

If Pudge gets doomed while roting, he can't turn it off

Eye of Skadi stacks with Maelstrom

Most buffs will be overridden by using Omniknight's Repel, Purge or Cyclone (there are exceptions, like Troll Warlord's Rampage)

Enchantress' Enchant can take control of images and Necronomicon warriors

A Dagon 5 costs more than a Divine Rapier

When N'aix levels up, he only gains 1.4 strength, compared to 1.5 intelligence and 4.05 agility, even though his primary attribute is strength!

DotA is a type of map known as an Aeon of Strife map. AoS was a custom game that originated in Starcraft, and has since been used as the basis for many custom maps

King Leoric is based on the skeleton king in Diablo

Roshan can block a spell once every 15 seconds

Nerubian Weaver can achieve the maximum movespeed (522) in the game by using her skill, Shukuchi (no other items are required)

Lucifer is a fallen angel in christian beliefs

Rikimaru was a ninja from a game called Tenchu

If you have two of an item which has an active ability (for example, Dagon or Hand of Midas), by using the ability of one of them, both are put into cooldown, but the ability is used only once

There's no female hero whose primary is strength

Maim, Monkey King Bar's bonus stun, Bashers, and Buriza's critical attack will override Medusa's Split Shot when any one of those is triggered

Berserker's Rage gives you bonus hp, armor, and base damage in melee form

CaesarRex wrote:The only heroes that have random names are the Ursa Warrior and the Nerubian Assassin


How so? U talking about "Spoof" names?
I know many more with random names, like "Meepo", his spoof is "Meepwn"

Or silenced, I've died many times against Bloodseeker with his silence

Another 1:
Huskar is the only ranged Strength hero

how do u know this stuff? 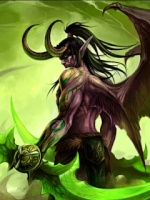 Put in the mode mo melee only, and see only huskar is missing from the strength taverns

ah ok kwl...i ws about to say.....lol i can't wait to play on garena again..train some more etc....
oh btw drow is tiny imba weakness...because of the ice arrows